For some residents of the United States, the name “earwig” will immediately conjure up old wives tales about the insect’s purported habit of invading people’s brains through the ears. Of course, such stories are entirely fictional, but despite their harmlessness, these insects are considered a major nuisance pest throughout the US, particularly within the state of Maine. 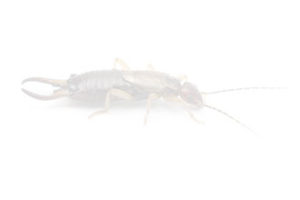 Calls to pest control professionals concerning earwig infestations have been on the rise in Maine for the past few years. One Maine resident, Ronica Smith, returned to her home following a vacation only to find numerous earwigs within her kitchen grain bin and near the bulkhead of her house. At the time, Smith did not consider the minor infestation to be unmanageable, so she left for vacation again without notifying a pest control professional about the insect presence within her home. However, upon returning home 12 days later, Smith found that her home had become an earwig haven.

According to Smith, numerous earwigs were infesting her kitchen sink, bathtub, basement and cabinets. The insects could be seen wherever she stood within her home. Of course, Smith is not the only Maine resident who has fallen victim to extensive earwig infestations, as she regularly contributes to a popular Facebook page where residents share their nightmarish stories concerning the much-hated bugs. Considering this insect’s common name, earwigs continue to be demonized as insects that drive people to literal insanity before killing them.

The stigma associated with earwigs began as an Old English myth that described the insect’s habit of crawling into ears in order to lay their eggs within people’s brains. It was long believed that this macabre insect activity led to insanity and eventual death. The name “earwig” originated from these old stories, as the name derives from the Old English word “eare”, obviously meaning “ear” and “wicga”, which means “insect”. The fact that the earwig possesses menacingly large pincers that protrude from its mouthparts does not help to quell the continued spread of misinformation concerning the nature of this insect.

Were you ever under the impression that earwigs had a habit of crawling into people’s ears?